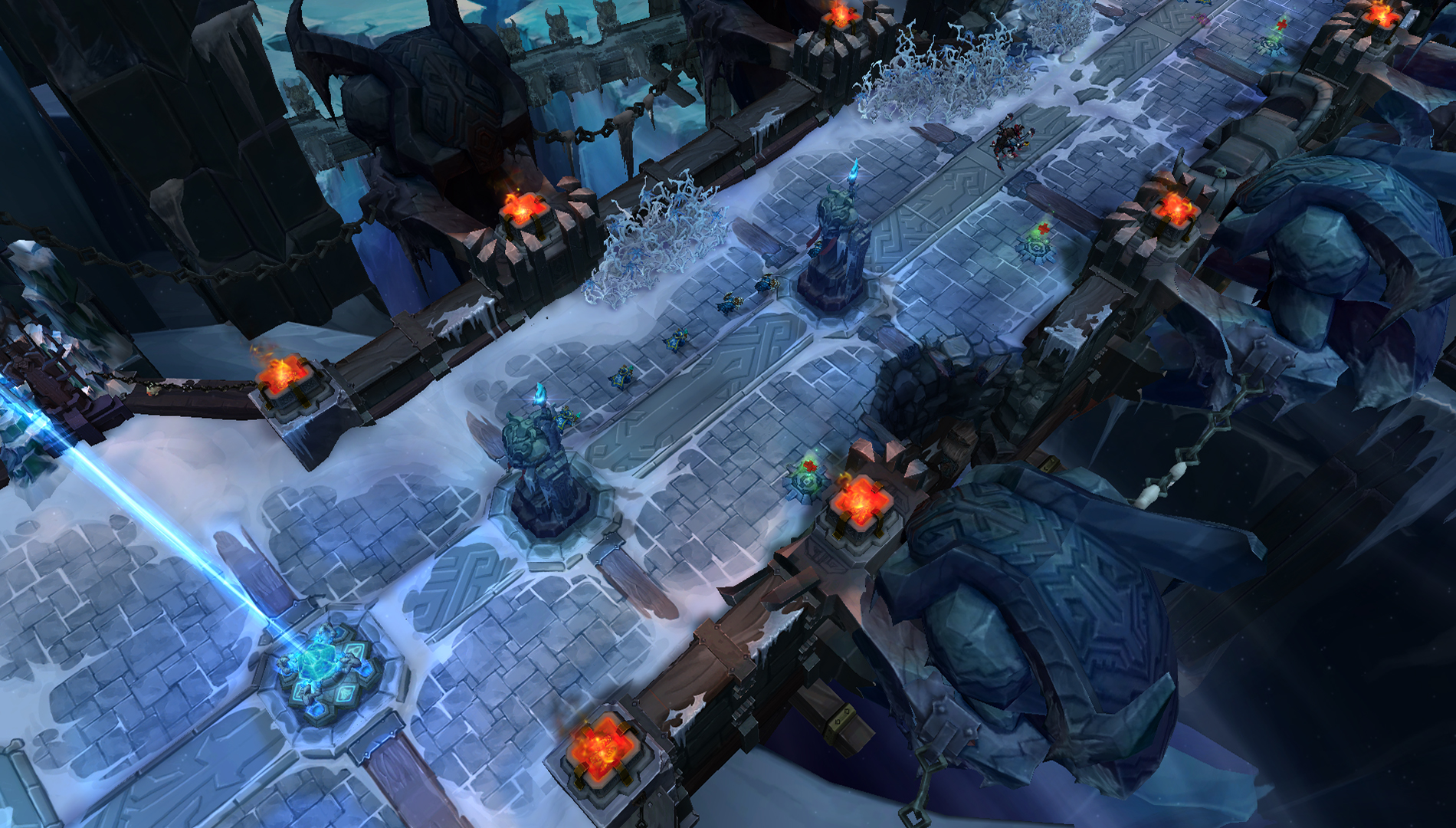 Have you ever been playing an All Random All Mid (ARAM) match on League of Legends and thought to yourself, “What’s up with this bridge anyways?” Well Riot Games took notice and has been working on a redesign for quite some time now, and today announced the existence of Howling Abyss.

When Richard “Brackhar” Hough, Technical Designer, took to the League forums to announce the project he described it as, “an ancient landmark in Freljord where the Iceborn finally overthrew their oppressors and sent them tumbling into the chasm below.” There was a minor ascetic change made in the removal of the stairs that lead down to the lane. Other than that, everything is the same from tower and inhibitor placement to the length and width of the lane itself.

Riot is looking for feedback on their forums and says that the level is “a few patches away from release.”

Who’s excited? I know I am.