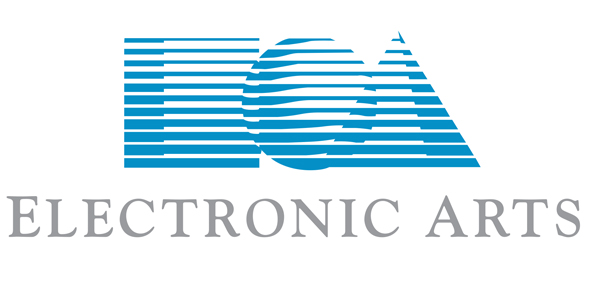 EA is facing a crossroads at the end of this console generation. The internet has certainly made this seventh generation of hardware more attractive than any before, but not without their own special kind of bullshit interspersed. Day-one DLC, patch culture, retail specific pre-order DLC, and online passes have all paved the way for mega publishers the world over to implement their own brand of Total Control against the customer.

With the advent of online access via consoles, videogames have been slowly but surely transforming into “services” instead of games. The free-to-play market is a good look at the games-as-services model already implemented into the market. Developers create revenue through in-game purchases and advertising, while you get to play the game for free. Well, as long as you accept the EULA, that is. Naturally, EA, always one to keep up with the latest trends, decided to embrace this model in its retail games. You know, those games you pay $60 to play.

EA honestly thinks that people will give in and buy a gun for $1.99 that’s already on the Dead Space 3 disc they paid $60 for. One could argue that, given today’s maybe-not-true-but-totally-plausible rumor that the Dead Space IP has been put on hold, EA didn’t have any faith in the IP anymore. The fact that the game’s microtransactions exist in the first place could be that EA didn’t think it’d see a return on its investment, and decided to make money any way possible. I’m not saying it’s true, but it’s just an observation I’ve had. And honestly, I wouldn’t put it past EA to do something of that level.

I’ve spoken on end about EA’s dirty microtransactions game, and what I’ve said before still stands. However, there’s an even more anti-consumer scheme spreading like a virus through the industry: Single-player games that require a constant internet connection. Know what I mean?

Remember the Diablo III launch? Error 37 haunted our dreams for a while because demand for the game brought Blizzard’s servers to its digital beige knees. And the same exact thing is happening with SimCity, which (kind of) launched yesterday. The game’s online-only requirement ensured that folks who wanted to play the game they bought with their hard-earned money, couldn’t. EA and Maxis have tried to justify the outrageous requirement in the past by saying that the forced-online component would allow players to see how their cities affect those that their friends make, as long as they’re in the same district. While it’s a cool concept in theory, its horrendous implementation into the game has done nothing but drive consumers up a wall.

And the worst part of all? EA didn’t implement the always-online requirement as a cool social feature; it’s there to make sure you’re a loyal customer. You know, by forcing you to play their game on their equipment their way. You’re not buying a game, you’re buying a lease.

How can all of this be fixed? EA used to be a great company. Remember the EA that released Mirror’s Edge and Dead Space? That was a great time, because EA realized that in order to succeed, you had to take risks and make great games. Not force money-making schemes down consumers’ throats.

Well, for starters, it’d help if the suits in charge could see the consumer not as a number, but as a person. You respect the customer, you get respect in return. Just look at Valve. Make great games and great services to deliver those games, and boy you’ll have support to Valhalla and back. Does this mean kill off Origin? Not at all. Origin has some great deals on games, just like Steam. And it’s a pretty decent program to use. All you need to do is feature-match it with Steam. That means if you pre-order a game, you should be allowed to pre-load it at a certain time before release. Not only does it allow folks to play their games quicker, it relieves server stress and allows folks to play the games that they purchased.

It’d also help to have EA believe that its games can sell on their own unique terms, as opposed to making every game it releases look, feel, and play the same. Not every game needs to be released using the Frostbite engine and have some multiplayer mode and a cover mechanic. Let Mass Effect be Mass Effect, let Army of TWO BE Army of TWO. And while we’re at it, let’s not put microtransactions in a game you have to buy to play.

The only way EA is going to improve its view in the eye of the consumer is to believe in the consumer again. And the best and quickest way to do that? To believe in themselves. If EA truly believes in its ability to make a quality game without the anti-consumer bullshit, they’ll be on a track to greatness again.