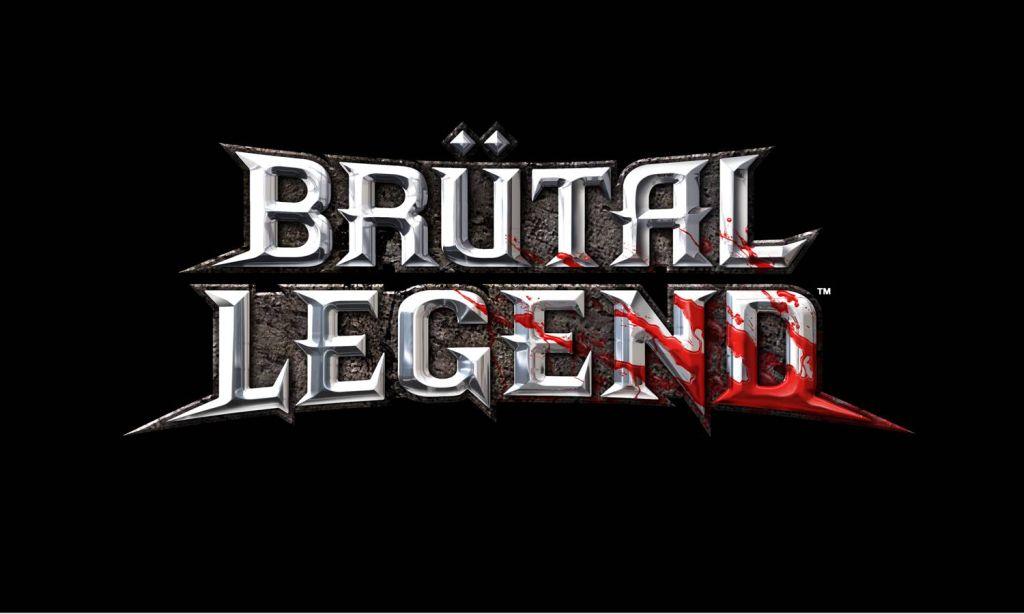 Legendary game designer Tim Schafer is known for his insane ideas and strong sense of artistic direction. Having left LucasArts after working on the classics The Secret of Monkey Island and  Grim Fandango, Schafer formed his latest studio, Double Fine, and released the cult classic Psychonauts, and simultaneously cemented his place in the pantheon of game innovation. Double Fine’s next game, Brutal Legend, was even more ambitious and was met with solid acclaim and admirable sales. Double Fine moved onto smaller projects as an independent developer, but quietly began to port their game to the PC. Over three years later, we’ve got it; it’s just as good as you probably remember it, and good time to give it a shot if you don’t.

Brutal Legend opens with worn-out roadie Eddie Riggs (impeccably voiced by Jack Black), underappreciated in the employ of a ferociously crappy boy band called Kabbage Boy. A mishap during a concert leaves Eddie crushed under a piece of scenery. When some of Eddie’s blood drips onto his belt buckle, an ancient demonic spirit known as Ormageddon is awakened, transporting Eddie to a mystical world inspired by heavy metal music. Upon arriving, Eddie learns that the land is in the dark shadow of the cruel demon Emperor Doviculus and his army, the Tainted Coil. In order to reclaim the land, Eddie forms a band/army called Ironheade and seeks to slay Doviculus and restore peace.

The story of Brutal Legend is surprisingly compelling, spanning several hours of gameplay and delivering an impressive amount of character development. Eddie grows from a roadie to a leader, and meets a colorful cast of characters that themselves go through engaging arcs. The game also deftly balances humor, emotion, and, in the second half, rather dark subject matter. That said, it never loses sight of its zany, self-aware “heavy metal” vibe: Ironheade’s core infantry consists of young men who only know how to headbang, while one of the minor villains is a David Bowie-esque glam rocker whose enormous amount of hair enables him to fly–by flapping his hair like wings.

The story pulls a lot of its strength from the excellent voice acting. Eddie Riggs seems tailor-made for Jack Black’s energetic line readings, and Tim Curry is an outstanding, spine-tingling villain as Doviculus. The supporting cast is also great, featuring the voices (and sometimes likenesses) of Lemmy Kilmister and Rob Halford, as well as Ozzy Osbourne himself as the bad-tempered Guardian of Metal.

The art style is second to none. There has never been anything like Brutal Legend from an artistic standpoint, nor will there ever be. Rock formations shaped like the “devil horns” sign, giant swords in the ground and enemies that feature both organic and mechanical elements work towards a singular vision of making everything in the game a potential heavy metal album cover. Double Fine went the extra mile by having the idle camera reposition itself for the most “epic” perspective at a given time.

Double Fine made an interesting design choice with the gameplay of Brutal Legend. The core of the game finds Eddie traveling around the metal-inspired open world, completing main and side quests, and finding secrets. Throughout the world are collectible Solos, which when found become a permanent piece of Eddie’s repertoire. These solos, which are executed much like Link’s Ocarina, range from summoning creatures all the way to literally melting the faces of enemies. There are a multitude of other collectibles as well, such as bound dragon statues to free, ancient Rock relics to raise, and stunt jumps to complete. There is plenty to do in the open world.

When it comes to combat, Eddie dispatches enemies with a combination of his close-range axe combos and mid- to long-rage guitar attacks that call forth fire and lightning. These can be chained together into longer, more devastating combos that will quickly clear crowds of enemies. Traversal through the world is made possible by Eddie’s demonic hot rod, the Deuce. Completing open world tasks nets points which can be spent with the Guardian of Metal to upgrade the Deuce, as well as Eddie’s guitar and axe, and make him almost ridiculously unstoppable in combat.

Things take a unique turn with some RTS-lite battles. In keeping with the theme of Ironheade being both a band and an army, these battles incorporate ideas from both. On the battlefield are geysers that spout fans into the air. Fans are basically currency for manufacturing units, but can only be used when Merchandise Booths are constructed over the geysers. Directing troops is rather simplistic, comprising little more than moving a waypoint for them to move to as well as employing basic quad commands such as “follow,” “stop,” and so on. Double Fine chose to make things a little more hands-on, however, by enabling Eddie to fight alongside his army. These battles can be fun, but they are by far the least fleshed-out element of the game. Some of them drag on too long, and there’s still a lack of coherence in the interface to make things completely smooth.

A centerpiece of Brutal Legend is an almost impossibly good soundtrack, featuring the likes of Motley Crue, Anthrax, Judas Priest, Ozzy Osbourne, and many more, as well as what might be the only acceptable use of Dragonforce in a non-Guitar Hero context. More songs unlock as the game progresses, and in a manner similar to what we saw most recently in Saints Row: the Third, they can be cycled through in the car while certain choice tracks play during specific set pieces in the main campaign.

The translation to PC was not without its problems. Launch day was met with a multitude of glitches and performance errors, and increasing the resolution for the game crippled the frame rate. There were other glitches as well, such as missions disappearing and mission information not showing up. However, Double Fine has been hard at work patching these glitches, knocking them down almost immediately after they show up. The first two or three consecutive days after the game launched saw another update or patch, and the game now runs very well. PC control works well enough; Eddie’s axe attacks and long range guitar attacks are mapped to the left and right mouse button, respectively, and guitar solos are performed using the number keys (reconfiguration is an option). This mouse and keyboard setup works wonders for the RTS elements that were a struggle on the console, though using the mouse to navigate the Solo and Troop wheels is a little clunky.

There is also a multiplayer mode to Brutal Legend, and it works surprisingly well, showing a few extra layers with the option to control a couple of other factions, including the Tainted Coil. The three factions are wildly different (even down to slightly differing solos for the leaders) and require different strategies to be successful, and it’s fun to experiment with which faction works best for specific play styles, though it’s hard not to wish for at least a couple more factions to play with.

Brutal Legend on the PC is not wildly different from its console siblings. The mouse and keyboard setup makes some interface usage a little more difficult, but the payoff is much smoother RTS segments. A rough launch is still being met with almost daily patches at the time of this writing, and the overall product is very smooth. At its core, this is still Brutal Legend. It’s still hilarious, it’s still a blast, and it still kicks a ton of heavy metal ass.