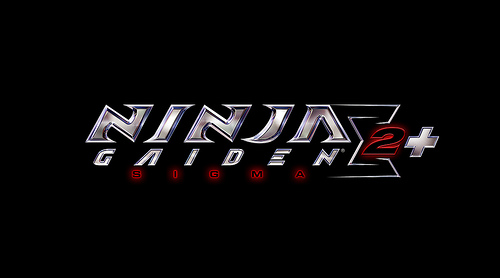 Porting games from the PlayStation 3 to the downsized Vita can be risky. Key elements like story and combat have already been laid out by the developer, but more often than not, quality cuts have to be made in various departments to shrink the product down. Technological barriers can lead to shoddy or even broken portable versions of experiences more attuned to home consoles, but thankfully, Team Ninja cut more limbs than corners with Ninja Gaiden Sigma 2 Plus. An on-the-go alternative to the enhanced port released in 2009, Sigma 2 Plus captures all the style and brutality that’s made this series famous without sacrificing its silky-smooth controls. It may not match the larger version’s presentation, and framerate issues occasionally stunt the action, but this is still a slick re-release of the series’ most substantive chapter.

Ryu Hayabusa, a descendant of the Dragon Ninja lineage and owner of the Dragon Sword, has plenty to deal with over the course of Sigma 2 Plus. A race to rescue a captured CIA agent develops into a heated battle to save the burning Hayabusa Village from the Black Spider ninjas, but things really get hairy when the invaluable Demon Statue is stolen from the his family. The theft prompts Ryu to take a cross-country journey to recapture his village’s precious object and vanquish the Black Spider ninjas. However, his mission is anything but simple, as terrifying fiends like Alexei, the Graceful Ruler of Lightning; Volf, the Invincible Ruler of Storms; and Zedonius, the Malevolent Ruler of Flame all stand in Ryu’s way. Unfortunately, talking through your differences isn’t exactly an option.

It’d be a mistake to judge the Ninja Gaiden franchise on its fanatical narrative. Ryu is considered an iconic character in gaming, but that’s not due to his passionate monologues and bottomless personality; the man is good at cutting enemies to pieces. The story of Sigma 2 Plus is flimsy, but it gives players just enough motivation to keep slicing through the tight combat scenarios.

The story may be silly, but playing the game is no joking matter. If you were worried about how Ninja Gaiden’s controls would transfer over to the Vita’s button layout, rest assured that it all feels absolutely natural. Chaining combos together with the multitude of weapons available is fast, violent and satisfying. It’s easy to move from enemy to enemy via the two-button combo system, and with all the long-range equipment mapped to the touch screen, you won’t have to nervously cycle through weapons to shoot approaching gargoyles out of the sky. Ryu’s various Ninpo, or ninja magic, are also just a quick button press away. Although the game’s notorious camera still finds itself firmly planted behind a wall on occasion, the combat remains fluid without feeling overwhelming.

Sigma 2 Plus is more accessible than its predecessors due to a refined feel, but that doesn’t mean Team Ninja holds your hand when enemies begin to flood the battlefield. Health isn’t easy to come by even at the game’s most basic difficulty, and while enemies can be quickly executed after losing a limb, the number of blades and shuriken trying to lob your head off is nothing to scoff at.

After getting a solid grip of the mechanics, the moment-to-moment action becomes less intimidating. Bosses present new challenges within each level, but it’s the Tag Mission and Ninja Race modes that truly test your mettle. The Tag Missions force you and an AI-driven partner to work as a unit while heaps of blood-thirsty creatures charge in your direction. Ryu, as well as guest characters Ayane, Rachel and Momiji, are all accessible here, with a full suite of weapons/Ninpo at hand. The online functionality present in the console version of the game is absent, but your partner is durable and active enough to prevent these situations from becoming glorified escort missions.

Clubs, scythes and bows are all useful tools in these cooperative gauntlets, but it’s all about speed in the Vita-exclusive Ninja Race.  Plenty of enemies will drop from the heavens in the unlockable tracks taken directly from the game’s campaign, but reaching the finish line before time expires is the real goal. Different difficulty levels are available in both of these fun alternatives to the standard action, and I feel confident in saying that even the most experienced Ninja Gaiden fan will fall prey to the symphony of steel presented at the highest difficulty.

The new content is welcomed, but it’s not all roses and dismembered heads in this portable quest.  Sigma 2 Plus is a visually impressive package, but the moment more than a handful of enemies appear on screen, the framerate falls well below an acceptable level. Character models become muddy and ugly from time to time, and although Team Ninja should be commended for bringing this console-quality product to the Vita’s OLED screen, Sigma 2 Plus often feels too big for its platform.

Thankfully, technical woes don’t sully an otherwise entertaining package. Ninja Gaiden Sigma 2 Plus is, in essence, the same game you played on both the Xbox 360 and PlayStation 3 a few years ago. The story beats and violent scenarios haven’t changed, but it’s all worth seeing again on the small screen. With the Tag Missions and Ninja Race bundled into an already sizeable core experience, Sigma 2 Plus stands as one of the most content-rich, fun games on the PlayStation Vita.

Ninja Gaiden Sigma 2 Plus was developed my Team Ninja and published by Techmo Koei. A PSN copy was provided by the publisher for review purposes.