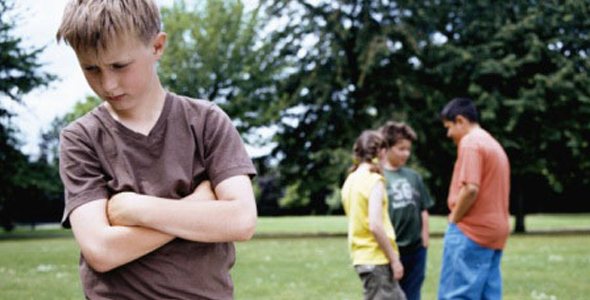 Twitter, Facebook, LinkedIn, Vine, Instagram, Raptr – there are just so many ways I can find out exactly what my friends are doing at any given moment. Probably taking pictures of their food instead of eating it. Bunch of savages. Given our constant state of connectivity, it’s only a given that corporations want us to integrate those social services into their products. And it’s in everything now. Even refrigerators have Twitter functions now.

Then along comes Sony with its new-fangled PlayStation 4, and how it’ll have a Share button right on the controller. Right around then is when I lost a lot of interest in the new console.

You see, I have the mentality of a 90’s-era PC gamer. Sure, I’ll play some multiplayer once in a while. But the single player experience is the main reason I play video games. The Elder Scrolls and Fallout games really speak to my love of being isolated. Isolation is freedom, and the developers of those games really understand that notion. I don’t like to be bombarded with fourth wall-breaking notifications saying DeathAdder666 has just logged in, and then another notification saying XxButtDestroyerxX wants to join my game. I just want to play my game my way. Is that so hard?

Now, I understand that the constant posts to Twitter and Facebook saying “LOOK AT WHAT I JUST DID IN THIS GAME” are something some folks will like. Nay, love. But why is it being forced upon those of us who just want to play Borderlands with some peace and quiet?

When Sony said that you’ll be able to watch your friends play a game, and then immediately jump in and start playing with them, I kind of freaked out. Is this something that I can’t opt out of? Do I have to constantly be broadcasting what I’m doing? Will I be able to play my games offline to avoid these annoyances?

No one really knows. Hopefully, the PlayStation 4 will allow folks to play video games without an internet connection. Remember, this is America, and broadband penetration is barely a thing over here. But even if I can play my games offline, is it worth it? Games like Watch Dogs and Destiny will hardly be playable offline. Hell, in Destiny’s case, you simply can’t play it offline. Will I still be able to enjoy my isolated freedom?

Only the future will tell. And man is it scary.