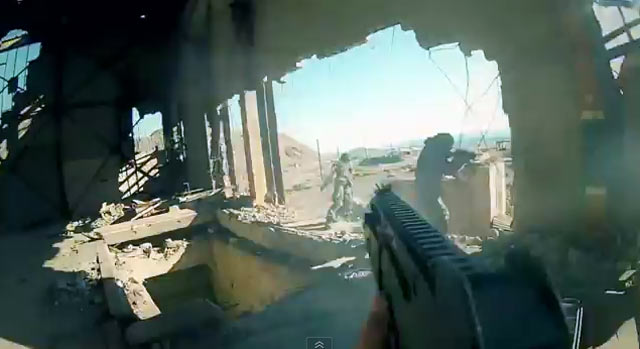 The entire gaming industry seems to be anxiously awaiting the impending announcement of the Playstation 4 tonight in New York. But what’s a system without great games?

The image looks of the same art style that we saw in Battlefield 3, especially the cover of the game. Battlefield 4 has been rumored as being next-gen, but is expected to still see a release on the Xbox 360, PS3, and PC as well.

There’s still the possibility that this could be showcasing the current Battlefield title or even Bad Company 3, but a recent tweet by Gamestop’s CEO exclaimed that he saw the game and was very impressed.

Do you expect to see DICE & EA showcase Battlefield 4 tonight? Be sure to let us know what you think by leaving us a comment below, or discuss Battlefield 4 in our forums.