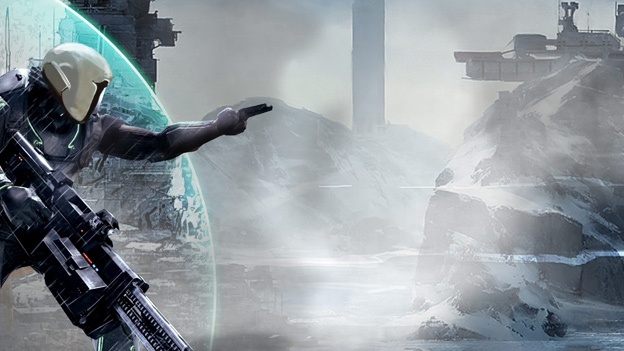 A grouping of promotional posters and material for pre-ordering Activision and EA’s Destiny has surfaced a few days before the game’s official reveal.

Sure, we really don’t have to wait that much longer to learn about this latest adventure from the creators of Halo, but a Tweet from the Destiny Tips Twitter account has leaked some hot information a bit early. One obvious, but still cool, fact? The game will include a competitive multiplayer mode.

It’s likely that interested gamers will be able to drop some cash on a pre-order when the game is first shown next week, and with that purchase will come a double-sided poster with some art from the game. Monday will be national “come throw some money at this game” day, according to a GameStop source.

Platforms are not yet listed, but expect a massive information dump Feb. 17 at 10 a.m. PST.

So, on a scale of one to Double Kill, how excited are you for Destiny? Will you be pre-ordering it next week? Let us know what you think by leaving  a comment below!