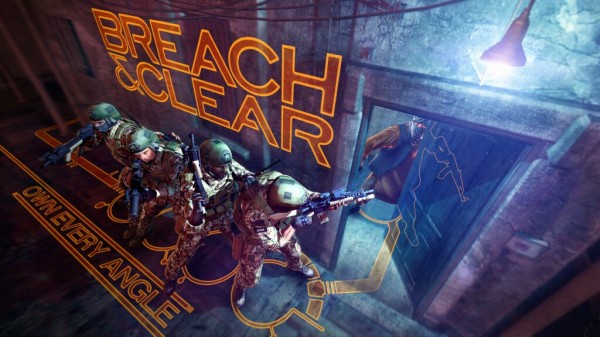 Remember Robert Bowling? He was one of the mightiest faces of Call of Duty but what has he been up to since leaving Infinity Ward? A new iOS game called Breach & Clear.

Bowling has been overseeing production on the game developed by Mighty Rabbit Studios. You’ll be in control of Special Operation agents raiding enemy bases. It looks sort of like Full Spectrum Warrior, a strategy war game similar in concept.

Robert Bowling had this to say on this upcoming project:

“With Breach & Clear, we’ve taken the design principles of creating a major console release and transferred that to a title that just so happens to be launching on mobile devices. Our focus is to take a gameplay experience and mechanic that is built from the ground up for mobile or touch control and enhance it with the depth and progression you’d expect from a AAA console release.”

With XCOM and Fire Emblem on everyone’s mind, why not more radical strategy games that look awesome? Count me in. Let us know what you think in the comments below or post in our forums.