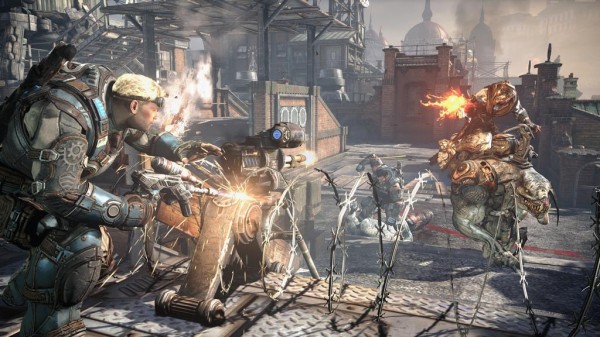 The last time I checked out the multiplayer for Gears of War: Judgment, it didn’t really win me over that much. But you’ll be able to try it at home with a new upcoming mutliplayer demo.

On March 19, Xbox Live Gold members will be able to download a demo for the new OverRun mode in the game. Major Nelson noted in his blog that GameStop pre-orders through “Power-Up Rewards” will get the demo on March 15. Nelson even went into more detail about the mode:

OverRun is a thrilling new class-based competitive mode that pits Locust and COG soldiers in a head-to-head battle unlike anything “Gears” fans have experienced yet. An objective-oriented mode that lets five-player teams alternate between playing as Locusts and COG soldiers, OverRun marks the first time that a class-based, competitive multiplayer experience has been introduced in the “Gears of War” series.

Sounds pretty neat, what do you think? Let us know in the comments below or post in our forums.