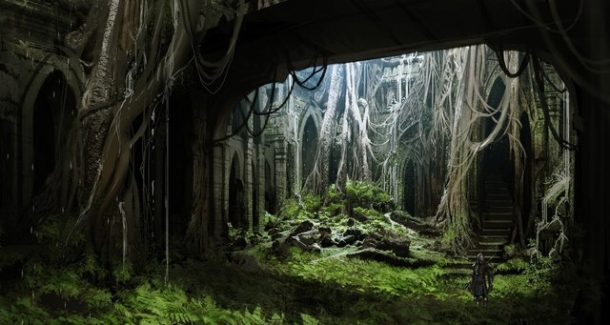 Thanks to the power of DICE’s Frostbite 2 engine, BioWare’s upcoming Dragon Age III: Inquisition will be “stunningly beautiful.”

At least, that’s according to BioWare’s Neil Thompson, who recently spoke to OXM about the team’s transition from their original engine to what DICE has been using to make Battlefield so pretty.

“Dragon Age: Origins and Dragon Age II were both done using BioWare’s own Eclipse engine, and it was starting to creak a little bit when Dragon Age II came out,” Thompson said. “Inquisition is being done on the Frostbite 2 engine and it is an astonishingly powerful engine.”

Thompson went as far as to say that the artists were disappointed with how Dragon Age II looked once it shipped, as the Eclipse engine didn’t do justice to the hard work put in by the more artistic side of the team. Thankfully, that opinion has changed with the third iteration.

“There was a pre-production period where almost on a weekly basis I’d be sitting in the environment reviews and being blown away by what was coming out – it looks stunningly beautiful. So I think when we do start releasing screenshots, people won’t be disappointed.”

The fans’ judgement will be the final test, which will have to wait until the game launches on PlayStation 3, Xbox 360 and PC later this year.

Are you excited for the third entry into this BioWare franchise? Did you play either of the first two? Let us know what you think by leaving a comment below!