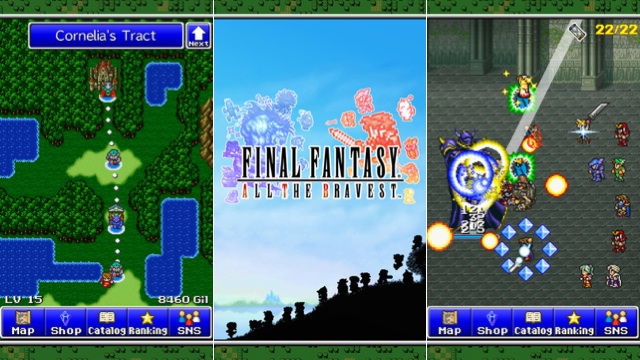 We posted a teaser to something Final Fantasy-related was going to be announced on January 17. Turns out, we got the news early since it’s coming out tomorrow. It’s an original Final Fantasy title for iOS platforms called Final Fantasy: All the Bravest.

The subtitle is a play-on words for Active Time Battle, the battle system used in countless iterations of Final Fantasy. The prime focus is centered around battles as the trailer shows up to 20 characters on screen battling creatures. You might notice a little Kefka in there too at one point. It’ll be out tomorrow or 11 PM EST tonight (since it’s already out in New Zealand time) for $2.99. Additional levels and characters from the Final Fantasy will set you back some in-app purchases. Check out the trailer below:

Tags: final fantasy: all the bravest