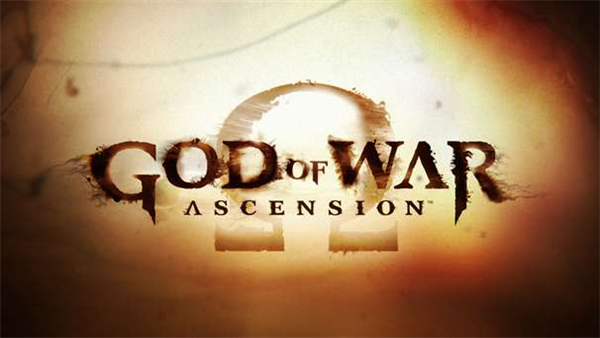 The God of War: Ascension multiplayer beta went live for PlayStation Plus members just a couple of days ago, giving subscribers a first-hand look at what’s in store for the online component of the game. Being a direct prequel to the trilogy spanning across the PS2 and PS3, people have been skeptical as to whether or not a multiplayer component was even necessary at this point. Alas, whether you’ll jump into it or not, it’s there and we’re here to fill you in on what’s currently being offered.

For those not in the know, the God of War titles are third person action games that centre around a Spartan warrior, Kratos. Kratos is betrayed by the gods of Olympus after serving them so adamantly and vows to exact his vengeance. In terms of gameplay, the action is built around hack-and-slash mechanics, utilising a combination of light, heavy and grab attacks. As the games progresses, players have the option of leveling up their combat abilities and unlocking new combinations, stringing together cooler attacks and nabbing some extra points.

The new multiplayer in God of War: Ascension, however, takes the fluid and versatile mechanics the series have been known for and places them in an online arena against other players. Mechanically, the game works just fine with minimal lag, which is always a bonus for a game that relies on quick reflexes. As for the performance of the overall game, everything looks as gorgeous and crisp as God of War III did when it released in 2010.

What’s different in this multiplayer mode is that right off the bat players must choose to align themselves with a god to acquire their skill set; either Ares, Hades, Zeus or Poseidon. The beta, however, only offers Ares and Zeus at this point. Your allegiance affects what moves/powers your online avatar will perform with, and you can change your choice to get a taste of everything.

At present, the beta offers three game modes to choose from: Favour of the Gods (4-player free for all), Team Favour of the Gods (4v4) and Capture the flag (4v4). Only two maps can be played as of now: a single arena with Hercules standing on top suitable for free-for-all grudge matches, and a more wide-spread arena set atop a sprawling vista overlooking a chained cycloptic titan.

Unfortunately, despite whichever game type is being played, the action is hard to get a grasp on, constantly frantic and characters are difficult to tell apart. In fact, most players at the moment look almost indistinguishable from one another, given the lack of varying character models being offered. As players progress and level up, however, the choice is given to purchase new armour and weapons to be better increase stats and diversify their appearance, but confusion is still a factor.

In fact, even the objectives can sometimes be a little unclear. The process of defending a specific position from enemies or trying to attack the enemy flag isn’t quite as obvious as it should be. Oftentimes I found myself just attacking enemy players rather than following objectives as I couldn’t tell what I was supposed to be doing. Matches are won by a first-to-this-score system, which sounds simple enough. But it can be confusing at first, given that three scores are presented along the top without much clarification: your own score, the goal score and the enemy score. Whoever is in the lead is represented by the word “Leader” placed by their score, however the text is rather hard to notice and detracts from the action that needs to be seen instead.

Another problem is that matchmaking is a huge hit-or-miss set of circumstances. Games can be just one player away from starting before the game loses connection and begins looking for an all-new match, despite having searched for up to multiple minutes before hand. And what’s worse is that I was barely able to try out the Capture The Flag game mode, as it took up to 15 minutes to finally begin a match only to disconnect two minutes in. Do bare in mind though that this is a beta and problems are bound to happen, but given the high profile of the game and the fact that it’s just a couple of months away from releasing, it doesn’t really leave me with high spirits. At least, until we install that obligatory whopper of a first day patch PS3 games are notorious for.

All in all, the God of War: Ascension multiplayer beta handles and looks just like the God of War we’ve all become familiar with. Whether it’s a case of tacked on multiplayer functionality that many games have been trending for the last generation is yet to be seen for sure, but so far the game has some catching up to do. Here’s hoping it pulls itself together for a more cohesive online experience worthy of the gods. Or at least the cost of admission.

Have you spent some time with the multiplayer beta? Have you got some experiences or thoughts to share? Hit us up in the comments below or over in our forums.