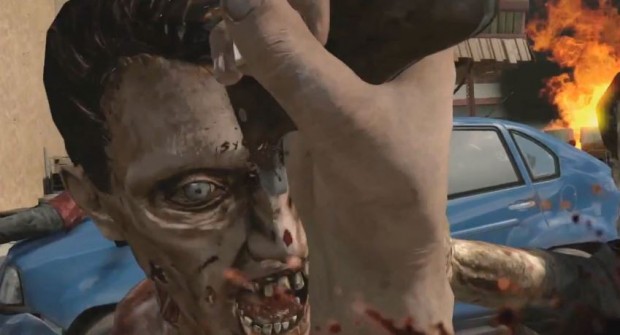 In an official announcement made by Activision, The Walking Dead: Survival Instinct will be releasing in the UK this March 29th — so the US can expect a release thereabouts also. What’s more is that the game will be coming to the Wii U as well. In an interview with Digital Spy, Glenn Campbell (the game’s producer) had this to say about Nintendo’s iteration:

“We were over halfway through the project when the Wii U thing started coming about. We didn’t want to change the game, because the game had already been established, so we tried to say, ‘What can we augment with the Wii U version?’

“That’s where it’s basically a more elegant inventory management system. With the Wii U you have access to your backpack at all times, so you can tap what weapons you want, you can drop stuff. It’s a lot more streamlined.”

The Walking Dead: Survival Instinct is a first-person shooter set in the Walking Dead universe. Fans of Telltale’s efforts with The Walking Dead: The Game should note that the FPS isn’t canon with the episodic point-and-click games; rather, it ties directly into the television series. Players take control of the character Daryl alongside his brother Merle, following the events leading up to their spots on the AMC-funded show.

Look forward to jumping into this zombie apocalypse in late March on Wii U, PC, PS3 and Xbox 360.