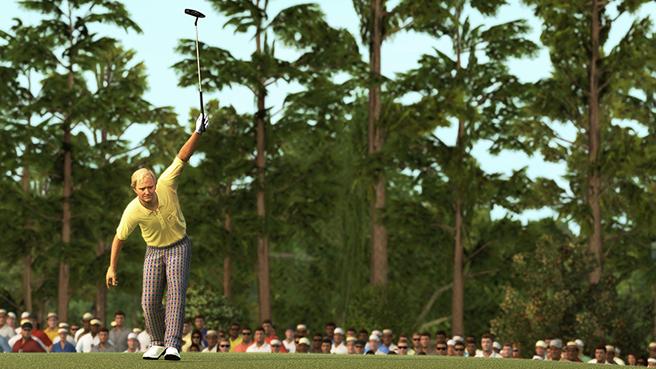 Tiger Woods PGA Tour 14 will be hitting the fairways and shooting for the green in just a few short months, as EA has announced this golfing title will launch March 16.

This year, it’s all about golfing history. Players will be able to participate in historical events throughout all four major tournaments: the Masters, the US Open, the Open Championship and the PGA Championship. The goal will be to become a true “Legend” of the sport, facing the likes of Seve Ballesteros, Ben Hogan, Bobby Jones, Jack Nicklaus, Arnold Palmer, Gary Player, Sam Snead, Lee Trevino and Tiger Woods.

Motion control also returns this year, with both the PlayStation Move and Xbox Kinect acting as suitable control styles. No matter how the game is played, 20 courses , 35 golfers, night golfing, customized swings, 24-player multiplayer, and Country Clubs will be just waiting to be experienced.

It’s just about time to polish up those clubs, but will you be playing a few rounds of Tiger Woods PGA Tour 14 this year? If so, which golfer do you plan on playing as? Let us know by, as always, leaving a comment below!