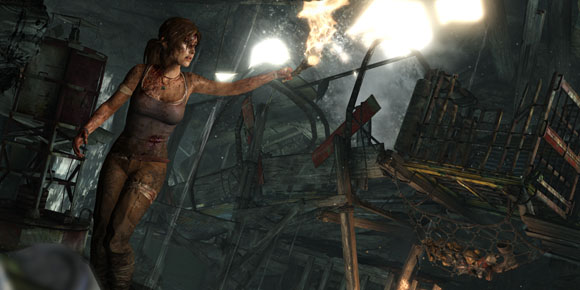 Just a while back, it was announced that Tomb Raider would be getting some type of multiplayer. We didn’t really know much beyond the fact that Eidos Montreal is working on it. But now, we’ve got some more details on the types of modes you’ll be able to play.

You’ll be playing as either shipwreck survivors or hostile scavengers already living on the island before Lara’s wreck, with roles alternating every three matches.

According to the OXM preview summarized on  TomRaiderForums, the maps aren’t too open and there’ll be lever-controlled traps and wall-climbing. Deathmatch is what you expect but Rescue is a bit different. It involves the survivors dropping med-packs at specific locations while the scavengers have a kill tally they must reach in order for victory.

You can bleed out easily in that mode and be killed by a melee finisher. There’s a third mode hinted at entitled Cry for Help about collection and discovery but that’s the only details we know at this point.

Sounds interesting but it screams ‘Uncharted multiplayer’ to me. Which isn’t a bad thing necessarily since I found that mode fun. But I feel like I’ll just pass it by and maybe play it once to see what it’s like.

What do you all think? Gonna skip this over or is multiplayer something you want in Tomb Raider? Let us know in the comments or post in our forums.